Designated Hitter (DH) can be used in two ways. The DH can be listed as the tenth starter replacing one of the other nine players when it is their turn to bat. The other method is that that any one of the starting defensive players can be their own DH (in effect having two positions) within the confines of the rule requirements. Rationale This rule change assists coaches with an alternative to keep their better players in the game to contribute to the offensive output of the team and give another player a chance to participate on defense. In addition, considering the pitch count rules, this change would help pitchers to keep their bat in the game, but can come out of the game defensively to protect their arms from overuse.

INDIANAPOLIS, IN (July 5, 2018) — The elimination of the requirement for the entire pivot foot to be in contact with the pitcher’s plate is among the changes approved for the 2018-19 high school baseball season.
This revision in Rule 6-1-3 was one of three changes recommended by the National Federation of State High School Associations (NFHS) Baseball Rules Committee at its June 3-5 meeting in Indianapolis. All changes were subsequently approved by the NFHS Board of Directors.
“We are very fortunate that the state of high school baseball is in an excellent position, which is indicative of the few rules changes that were passed,” said Elliot Hopkins, NFHS director of sports and student services and staff liaison for baseball. “We appreciate the hard work of dedicated coaches who, in addition to minimizing risk associated with the sport, teach the game in a way that makes our young people enjoy playing for their high school. We must also acknowledge the highly professional and responsible game umpires. Without their thorough knowledge and implementation of NFHS rules, we would not be able to enjoy the small injury rate and increase in player participation.”
The rationale behind the change to Rule 6-1-3 is a result of the difficulty for pitchers to consistently make contact with the pitcher’s plate when pivoting. Before starting the delivery,
the pitcher shall stand with his entire non-pivot foot in front of a line extending through the front edge of the pitcher’s plate and with the pivot foot in contact with or directly in front of and parallel to the pitcher’s plate.
“The committee concluded that many pitching mounds are such that it is problematic for a pitcher to have his entire pivot foot in contact with the pitcher’s plate,” Hopkins said. “Therefore, no advantage is gained by having some of the pivot foot not in direct contact with the pitcher’s plate.”
The committee also approved two new umpire signals. The two new signals, indicating calls for “Correct Rotation” and “Information Available,” were approved to further improve communication between partners.
“It is always wise to be able to communicate clearly with your partner(s) during a game,” Hopkins said. “With so many moving parts (defensive players, base runners, umpires), it is imperative that umpires communicate easily and inconspicuously from players and fans. These mechanics say a lot without brining attention to the signaling umpire.”
The “Correct Rotation” signal comes when in a three- or four-man mechanic, the umpires indicate to their partner(s) where they are rotating to a specific base for coverage of an anticipated play. The umpire(s) points with both hands in the direction of the base that they are moving toward.
To assist in providing pertinent information between partners, the “Information Available” signal occurs when the game umpire is indicating that he/she has some information that is relevant to their partner by tapping two times over the left chest (heart).
Additionally, the NFHS Rules Review Committee extended the implementation 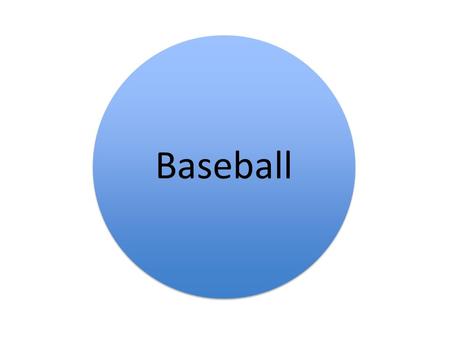 is a “Starter” also.

the game once as “Starters”

the game on defense at the same time.